A huge South Asian law enforcement contingent embarks on a dangerous cat-and-mouse game of capturing DON (Shah Rukh Khan) – a high-ranking member of the ruthless drug mafia in Malaysia. When DON gets seriously injured in a police encounter, the word that he is dead begins to do the rounds. The reality, of course, is that DON is held captive in a secret location, while his bumpkin of a look-alike, Vijay, is polished and sent to infiltrate DON’s gang. In a bizarre twist of fate, when the policeman shielding the humble street singer Vijay, is killed, the latter comes to terms with the horrifying realization that both the police and the gang are out to get him for different reasons. In a desperate attempt to prove his innocence, he is aided by the glamorous Roma (Priyanka Chopra), an ex-con Jasjit (Arjun Rampal), who owes Vijay a debt for caring for his son during his imprisonment. But will Vijay be successful in his mission? 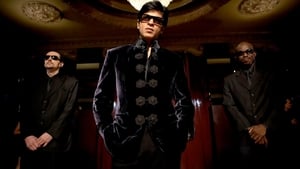 Tinker Bell and the Legend of the NeverBeast

Just a Breath Away